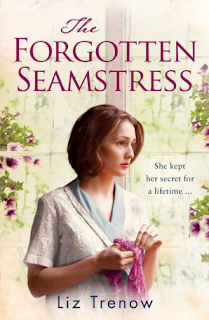 My next recommendation is The forgotten seamstress, by Liz Trenow.

This is a story consisting of two parts, beautifully presented in parallell throughout the book, and then expertly brought together creating a captivating and lovely story.

One of the author’s voices belongs to Maria, a former orphan who ended up as a seamstress at Buckingham Palace just before the First World War. Maria and her friend Nora are doing really well at the Palace, and it’s fascinating to read about their time in service. Maria is young and although she is very experienced with a sewing needle, she is much less so in other areas and she finds herself in a rather inconvenient situation. She ends up at Helena Hall, a mental asylum, despite her ‘fault’ being nothing relating to her mental capabilities at all. Throughout the book, her story is presented in a series of transcripts from interviews with her as part of a research project.

The other voice belongs to Caroline, living on London, who enjoys interior design and finds her grandmother’s old embroidered quilt in the loft. We follow Caroline as she tries to track down the maker of the quilt and to find out how it ended up in the loft. One of Caroline’s friends, a fabric conservator, recognises some of the fabrics as possible unique and rare royal wedding silks.

All in all this is a great story, built around true historic events and plausible consequences for young ladies at the time.

Intrigued by the book and Maria’s quilt?

Liz Trenow comes from a family of silk weavers, something she’s used to great effect in one of her other books (The Silk Weaver).

Trenow writes on her homepage that The Forgotten Seamstress was inspired partly by a piece of unique royal silk that she discovered, but also by her personal experience of spending a couple of nights in a clinical ward at a former Victorian mental asylum.

Throughout the book are detailed descriptions of the quilt (including sleeping rough on the streets of London!); and a pattern has been developed together with Lynne Edwards MBE. To see details of Maria’s quilt, including accessing the pattern, please head over to Liz Trenow’s blog.

BREAKING NEWS: The updated tutorial and pattern is now available in my UKQU shop. and in my PAYHIP shop.
To see my article on the launch of the updated pattern - please click here. 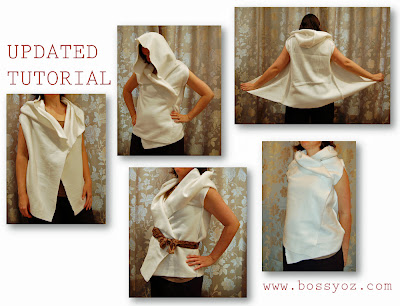 This is an update of the previous version of the tutorial. N.B. I am using a small scale pattern to show the various steps. I have also added a Flickr group, as I would love to see your creations.
Inspired by a fleece yoga wrap seen in a discussion forum and on Etsy, I decided to give it a go re-creating the garment. I have often done this with pieces I have found on the high street or in expensive boutiques; it is a challenge I really like!

It actually wasn't that difficult, and all done in a few hours whilst eating breakfast, feeding the littlest one, doing laundry, emptying the dishwasher and accepting a delivery. It took me longer to type up this tutorial than put together the wrap thingy!